One of the things I’m working on at the ADAMS lab at SUNY Buffalo is designing a miniature insect-inspired hexapod from the ground up, developing a controls architecture using neuroevolution algorithms written in-house to actually building it (eventually) with smart material actuators.

Approaching the problem head on with a dynamic analysis fails, because the joints of the leg in my system are coupled. It fails more because I thought it was tedious and a waste of my time; I’m sure with enough determination you could work around it. A post-doc at the lab suggested inverse kinematics. Most literature I found had direct solutions to simple planar two-link systems; which proved useless. I couldn’t solve it directly (or the classical way), and instead opted for using Denavit-Hartenberg parameters, the resulting equations of which are used to solve for joint angles.

I previously compiled the derivation in LaTeX, and can’t really figure out a simple way to render LaTeX in Hugo without spending a ridiculous amount of time on it. They’re shown below as pngs. 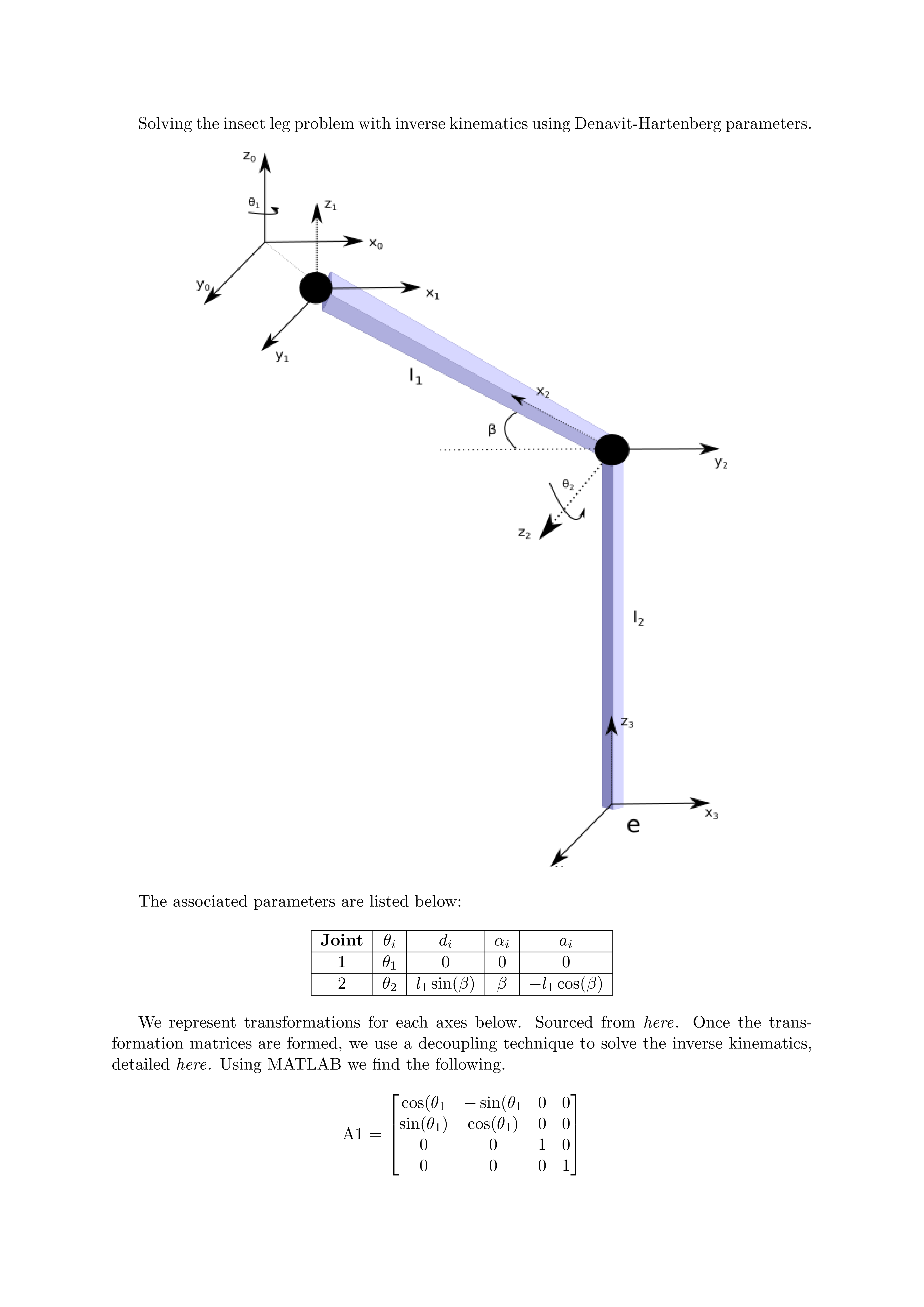 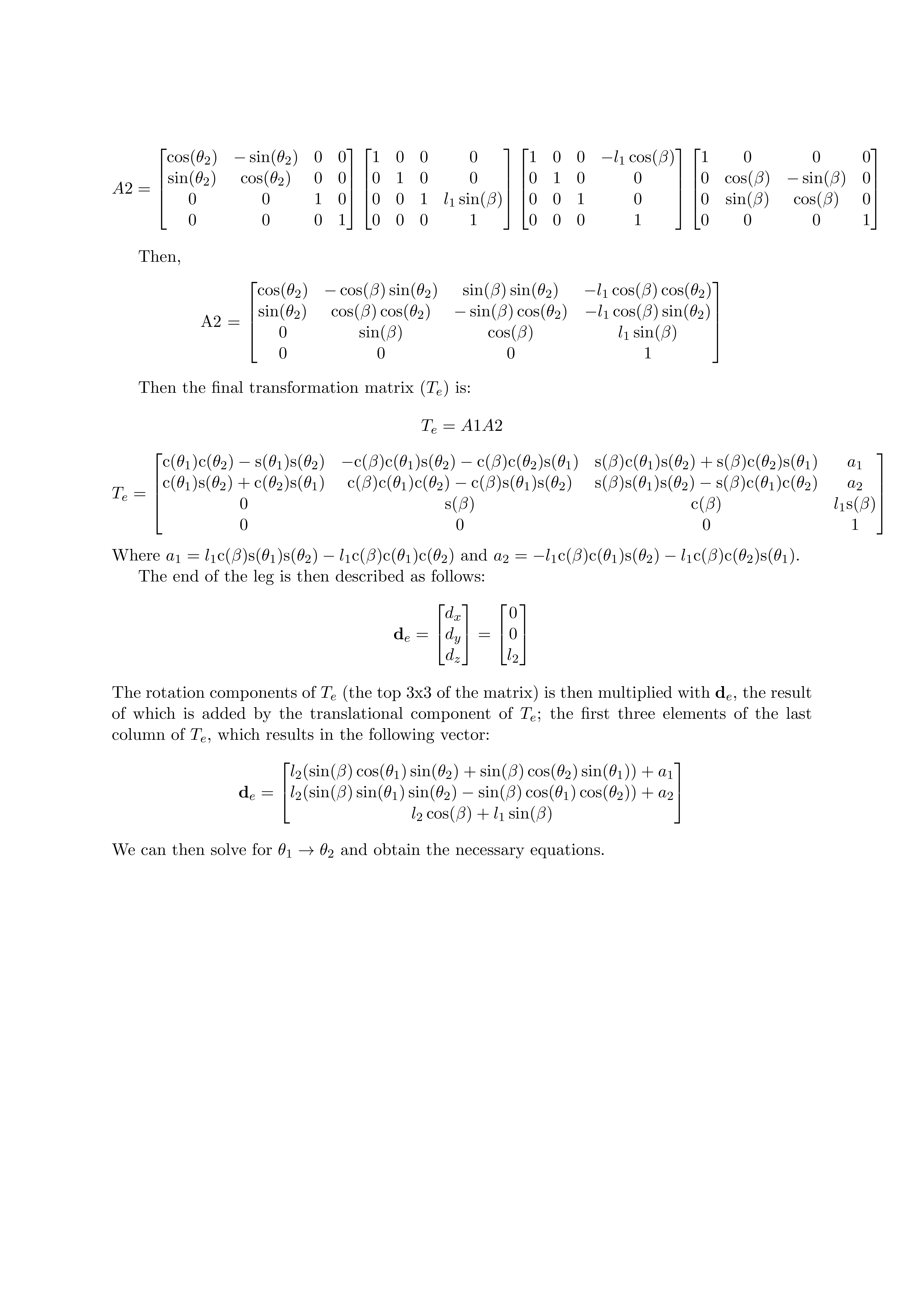